My biweekly foraging for food. Photos of things I found interesting. I didn’t buy any of the things I took pictures of. And the things I did buy, I didn’t take pictures of (a cucumber, an onion, a can of rebung, a bag of sayur, a packet of mi goreng, a bag of tepung, a bottle of kicap? Boring.). 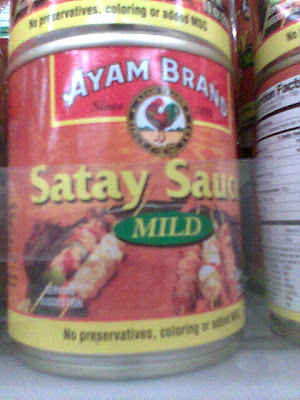 Apa mild-mild ni? (I say this as one of them orang gila who’s always looking for the next, lebih pedas thing) 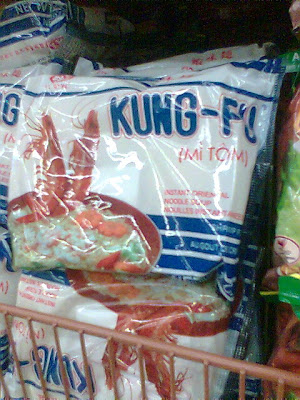 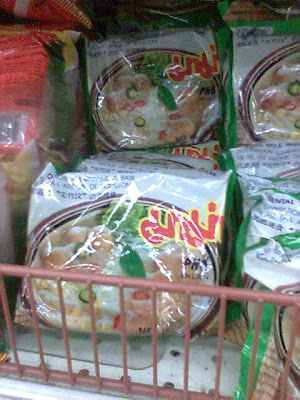 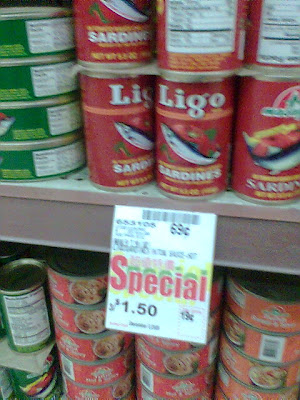 These are those tiny cans of sardines. Gila! Murah lagi if I balik Sabah. 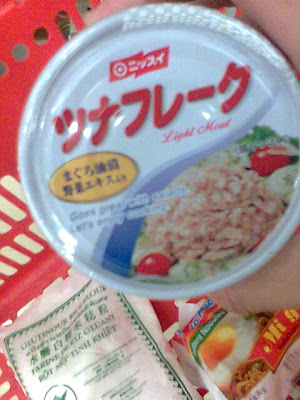 Tunafureeku (tuna flakes) Light Meal.  “Goes great with salads. Let’s enjoy cooking!” (Ah, Engrish. Let me count the ways …)
And behind, you can see two things that I did buy. Tepung pulut (future experiment yang 72% kemungkinan gagal). This attempt to make something for my landlords’ Thanksgiving gagal dengan bangganya, my percubaan to make onde-onde came out … um.  Apparently you can’t use plain rice flour. Hey, nobody told me.
Also, Indomie YANG KLASIK, none of those weird flavors they have now. My favourite mi segera since, I don’t know, as far back as I can remember? There were only two mi segera choices in the early 90’s: Maggi soup or Indomie goreng, and I’ve always hated soup. Oh, and Maggi had “5-minit spaghetti mee” for … not very long. It sucked. 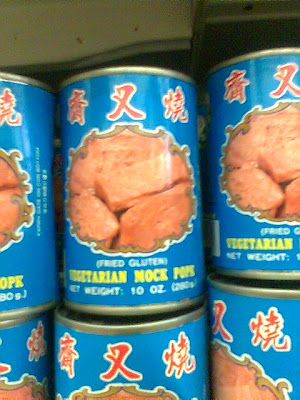 Vegetarian Mock “Popk”. I think I used to have the mock duck version when I was younger. I remember it as being very chewy and squeaky, in a getah kind of way. Not that I know what it’s like to makan sikarap ha ha.