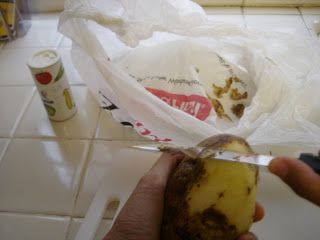 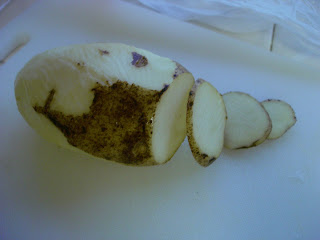 And then I realized, why bother peeling? 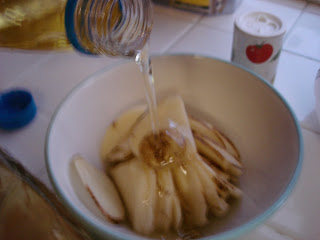 Tambah minyak. The little container with a tomato on it is salt, to season the chips after they’re done. Even though I hate salt and don’t know how to use it anyway. 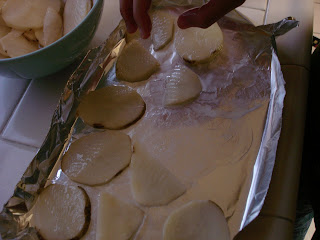 Half goes on a piece of greased foil. 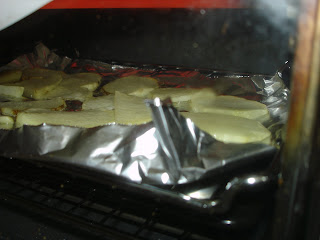 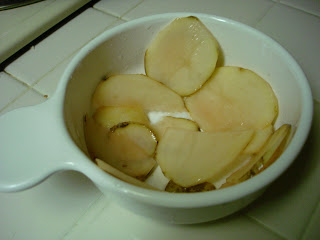 The other half goes in the microwave. 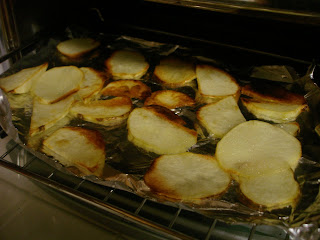 Not bad, but it took forever in the toaster oven. Something like 20 minutes. And they were half-crispy, half-soft. Ugh. 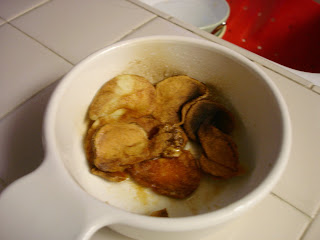 The microwave started giving off smoke (!!) after 5 minutes, and I had to jump around fanning smoke away from the smoke detector and sprinklers. Terbakar, inedible. Ugh. I can cook, I can bake, I just can’t use the microwave.